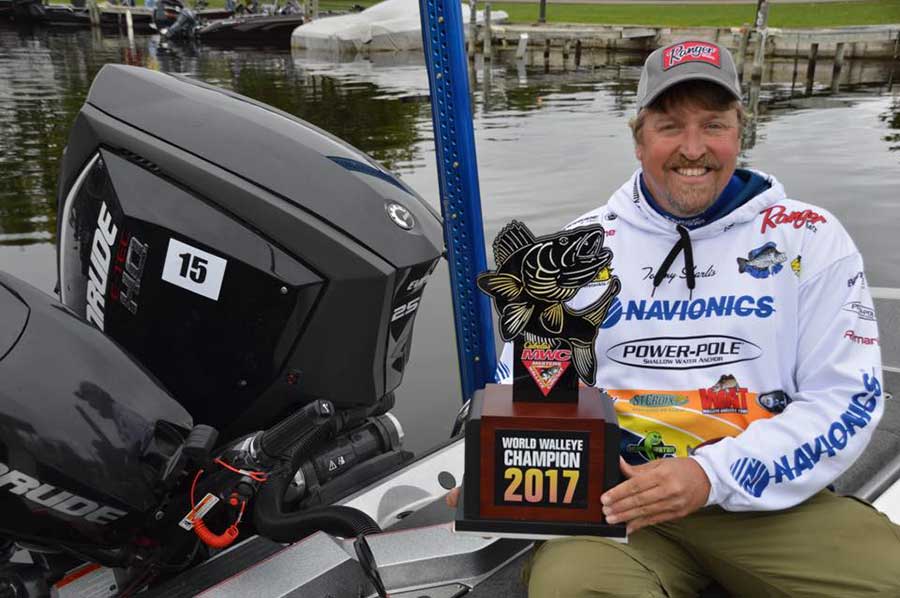 STONY POINT, Minn. -- Not quite 11 months ago, Tommy Skarlis fell from a tree stand while deer hunting and suffered multiple factures in his neck that required emergency fusion surgery.

He wasn't sure if he would ever walk again, let alone resume his career as a professional fisherman.

While tournament wins, season championships and even national championships at the highest level are nothing new for Skarlis, this World Walleye Championship is special.

"At this point in my career after what I've been through since November and the fact that I only dreamed of even fishing the MWC in my teens more than 30 years ago, I'd have to put this one at No. 1," said Skarlis.

Skarlis and Lahr stood second after the first day of the WWC. Their five-walleye limit included a 6-pounder and a 5-pounder for their two allowable fish over 20 inches in the slotted tournament. They weighed 16 pounds, 8 ounces and trailed Carl Holten of Harpers Ferry and Mickey Stuefen of Cedar Rapids (17-1).

They had to work a little harder to put together their limit on day two, but a 5 1/2-pounder gave them 11-11 for the day and enough to overtake Holten and Stuefen, who weighed in 9 pounds, 9 ounces.

"I knew enough from past tournaments I've fished at Cass Lake to be dangerous," said Skarlis. "Whatever wind direction we had, I had enough past experience to know where the bigger fish usually show up."

Skarlis used his Raymarine Axiom electronics to confirm the presence of larger walleyes in key areas, then went to work on those fish during the tournament using live bait rigs consisting of Daichi Octopus red bait hooks tipped with chubs, along with Jigging Rapalas and Moonshine Shiver Minnows.

"We were fishing in 20 to 30 feet of water and one key was keeping your rigs as close to vertical as possible," said Skarlis. "We were using egg sinkers made from Do-It molds with our live bait rigs."

Skarlis, who went straight from Cass Lake to Greenville, Miss., for this week's CrappieMasters national championship, credits faith and family for his latest triumph.

"I have to thank God and I have to thank my family," he said. "My mom and dad have been so supportive from the beginning from helping me with funding when I was getting started to their influence when I was growing up. I still remember Mom digging up worms with her hair in a bun hairdo so we could go catch bluegills or bullheads or whatever. If it wasn't for my mom and dad, I never would have become a professional fisherman." 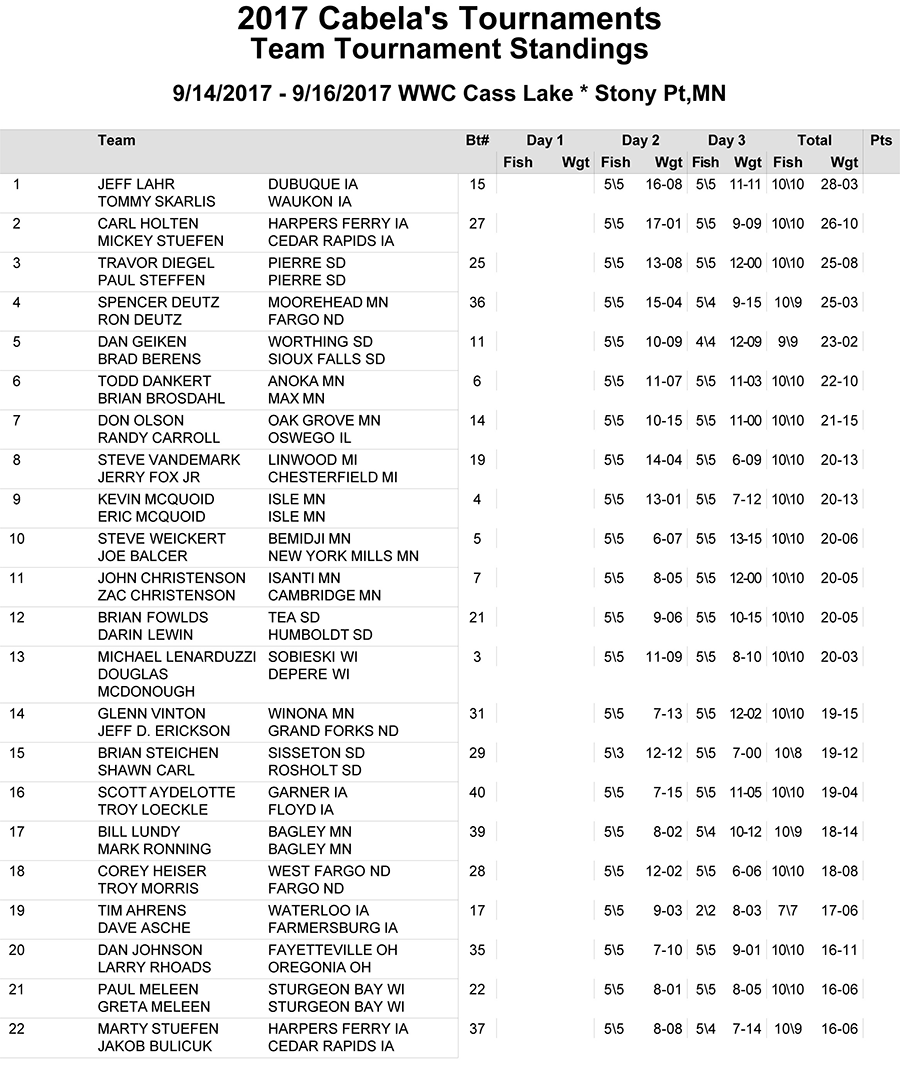