Paul Mueller had a good feeling about last weekend's Bassmaster Elite tournament on Georgia's Lake Lanier. In a cold-water situation where the target species was Lanier's famed spotted bass, Mueller had a couple of weapons in his tackle box he knew could potentially separate him from most of the field. 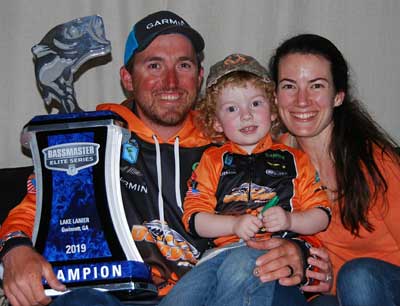 And when the 34-year-old Connecticut angler boated a 5 1/4-pounder and a 4-pounder late in the day Sunday, he had done just that. Mueller's 18-pound, 8-ounce final day gave him a four-day total of 69 pounds, his first victory on the prestigious Elite Series circuit, a trophy nearly as big as his young son Waylon, and a check for $100,000. "It's pretty special," said Mueller. "I had fished Lanier once before as a co-angler in the Forest Wood Cup in 2010. Fishing was tough that time of year, in August, but I really liked the lake. Sometimes when you go to certain lakes you just kind of click with a lake and you feel like it's a special lake.
"I was excited to come down here and fish it because I knew I could get comfortable with it in a couple of days. "When you're fishing against these guys at this level, if you can get comfortable quick you're gonna fish better. With what I knew and the research I did, I knew it was gonna set up in my wheel house.
"It's even more special when you can win a tournament on a bait or a jig head that you created. It has a different feeling to it than winning with something you can buy." 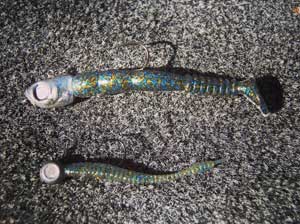 Mueller's go-to baits were a Do-It Herring Head Underspin jig (with the spinner removed) coupled with a 3 1/4-inch Reins Fat Rockvibe Shad Swimbait and a Do-It Freestyle Jig tipped with a Reins Bubbling Shad.
"This tournament set up well for me," explained Mueller, who worked his way up the bass fishing ladder before finally reaching the Elite Series level in 2015. "I consider myself a cold-water specialist because I do a lot of it. Spotted bass remind me of smallmouth bass a lot the way they set up on places, and those were total cold-water smallmouth techniques I used on Lanier."
Mueller's affinity for crafting his own tackle was the product of necessity, first, and grew into a passion for creating baits that money can't buy.
"I've been making my own jig heads since I started club-level bass fishing tournaments when I was about 17," Mueller relates. "I didn't have a lot of stuff at that time, but I realized at an early age that when you're a kid and you don't have a lot of money, tackle is expensive. I looked at it like, 'Hey, I can make stuff with good, quality hooks that is a lot cheaper than you can buy and it's better stuff."
Mueller's relationship with Do-It has helped elevate his game.
"I wanted to work with them because I use so much of their product," he explains. "This Herring Head Underspin jig I won with is the best underspin jig head out there. What I also learned is that you can pour it without the blade and it becomes the best swimbait head, given the hook that I use. The Freestyle Jig, I asked if they could make me this particular head this way with this wire keeper. They did it, and they came out with that mold last year.
"I could go on and on about all the things they've done to stay up with new techniques."
Mueller grew up fishing for all species of freshwater fish with his father. He fell in love with competitive bass fishing watching the Bassmasters Classic on TNN. He won on the FLW Tour as a co-angler and that was the break he needed to become a fulltime fisherman. Then he worked his way up through the Bass Nation series, winning that circuit's national championship in 2014. Mueller has qualified for two Bassmasters Classics, placing second on Lake Guntersville in 2014 and 12th on Lake Hartwell in 2015.
Now's a winner at the sport's highest level.
"Back when I was watching the Bassmasters on TNN, I thought that was the coolest thing in the world that you could compete at the highest level and do it fishing," Mueller notes. "How many years later, I actually won an Elite event.
"I feel blessed. A big deal to me competing at this level and having success is my faith. God has gotten me to this point, and he carried me to this win. God has also aligned me with great sponsors who help me do my job."
See how he does it, click here to watch a video on his Facebook Page
Video courtesy of Bassmaster. 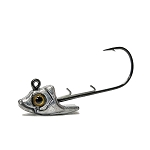 Check out the 50 newest products!

2017 CRAPPIE MASTERS TEAM OF THE YEAR! 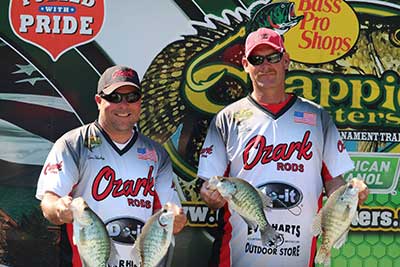 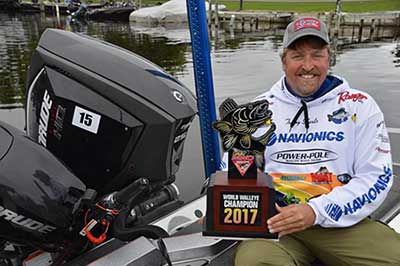