Fall Back For Spring Crappies Or Spring Ahead For Fall Crappies 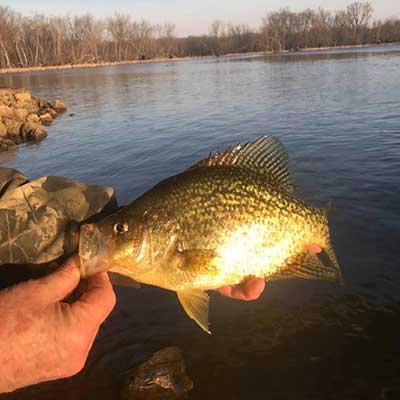 In both instances of #2 and #6, the water found where the fish are being caught will without doubt be at least a couple degrees warmer than the surrounding waters. As the surrounding waters either cool faster in the fall or warm slower in the spring than these particular areas, water temperature seems to be the hinge that the bite will swing on. Available light will play on this as well to some degree: earlier in the spring, later in the fall, but the long and short of these special periods and the bites is water temperature related. In the picture below this nice 13+" fish was taken in early December with a water temp right about 37 degrees and the air temperature right at 33 degrees. Two days later everything in the background was ice covered and the air temp was at 22 degrees, water at 35 degrees but the area the fish were hitting [just out of the picture to the right] was ice free and fish still biting. Five days after the picture was taken the whole area was ice covered, but melted on day 7. We fished day 8 and hammered nice crappies again. On day 10 ice set for the winter. 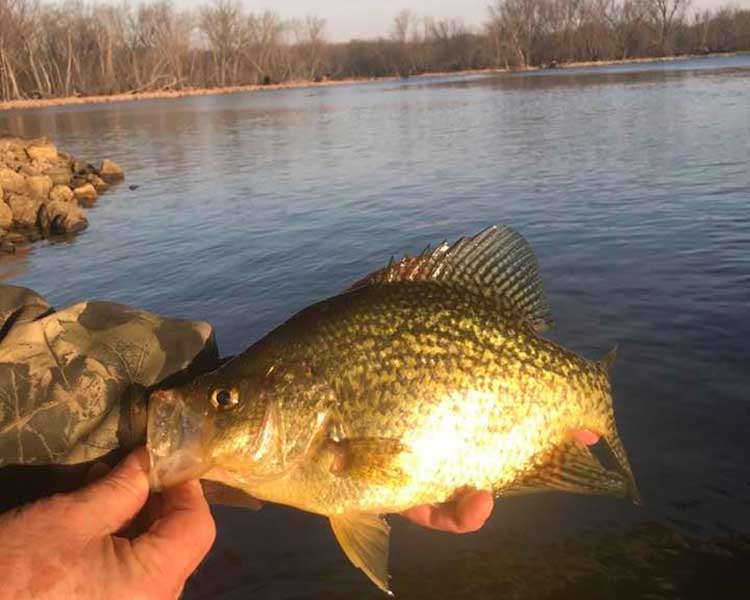 I fish two such locations at both of these unsung time periods  . One is a Mississippi River backwater and the other on a local impoundment of 640 acres. Both are shore fished, often because ice prevents launching a boat. Hands down both locations serve up the largest crappies of the year, spring and fall. Both time frames have little, if any, pressure from other anglers. Cold fronts can be challenging but these fish are hungry and most always can be convinced to hit. Plastics and jigs will out fish live bait hands down. The jigs are fished under a small float that shows upward hits immediately.....this is essential as fish at these times can tend to be very depth specific especially in deeper water where upward hits seem to be the rule. Seen in the following picture are examples of the floats I use. They can be rigged either as slip floats by running the line thru the hole and using a stop in the line or as fixed floats by running the line thru the hole  followed by the two rubber sleeves thru which the line also runs thru before slipping up over the stem and line. 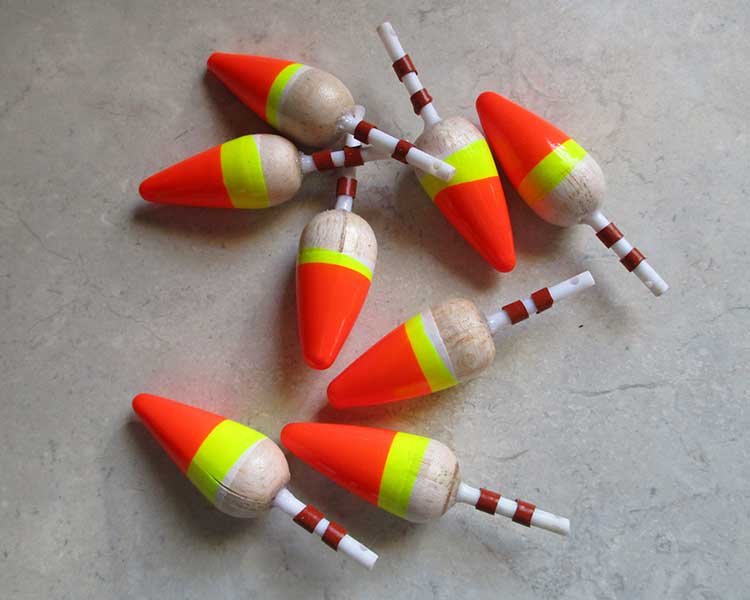 The only factor that messes with either locations or time frames, that I have found, has been sudden high water events. Outside of the high water, both times frames and locations have offered up very predictable fishing. I watch ice anglers tippy toe out on very shakey late ice and leave after an hour of catching nothing while I catch fish at will in the spring period. In the fall I watch as duck hunters return after being soaked in cold drizzle to go home and carp about having to wait until the ice sets so they can get out to fish....while I am catching plenty of crappies. There's no magic involved. Its just understanding the fish, their patterns and how seasonal changes influence the fish. In this case I simply go back to fall's absolute last bite location in the spring or go right back to fall's absolute last bite in the spring.
Previous Post Next Post