Crafting for the Cold 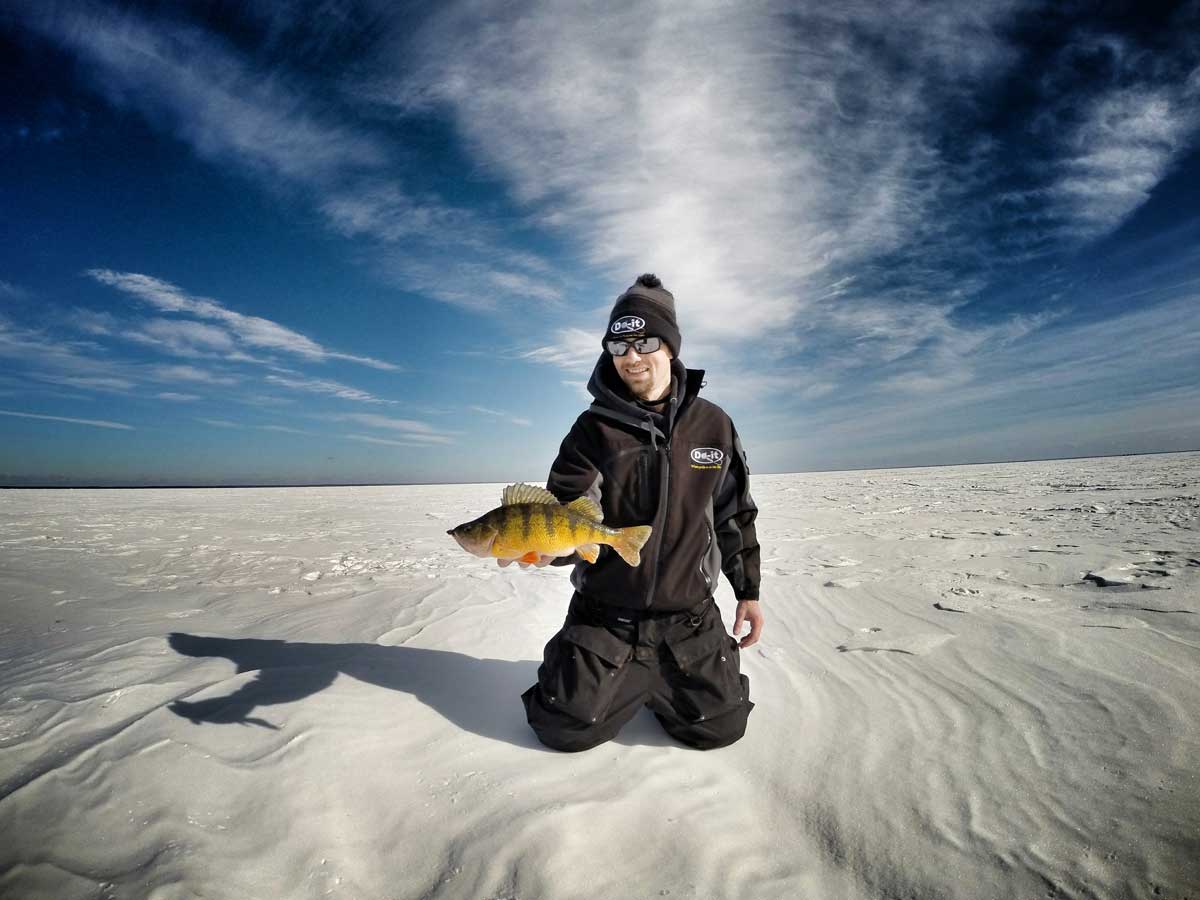 When the relentless winters of the north take away the ability to fish open water, any optimistic angler can quickly pick up the short stick and transition into ice fishing. After all, it's one of the great traditions of those who inhabit the freezing states. Do-It Molds has these anglers in mind with their productive lineup of ice fishing soft plastics. Their soft bait's uniqueness is their strength and they can almost guarantee that the fish haven’t seen anything like them.
The Essentials:
The leader of the pack when it comes to uniqueness is the new Bubba Scud. It’s bug-like presence underwater aggravates and intrigues panfish unlike any other bait on the market. When something interests fish, much like a toddler- they put it in their mouth to investigate. You just have to give them something to investigate- and hold on long enough to give you a chance to set the hook! Alongside an open template for personalization, this bait could catch every single fish in your favorite farm pond. 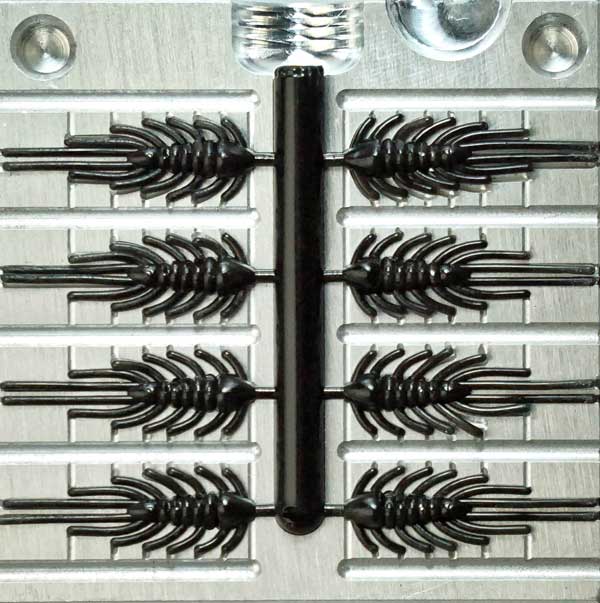 The original panfish snare in this product lineup is certainly the Wax Wiggler. It is the epitome of simplicity, but there is something about this bait that big crappies cannot resist. The 2 greatest benefits to this mold are its 40 cavity efficiency, and the two different sizes included. If those late ice fish are being apprehensive, this mold has you covered on downsizing- from the 1.35” to the 1.1”. Made by fisherman from the midwest, for fishermen in the midwest. This bait can get those finicky fish to bite no matter the previous fishing pressure on your spot. 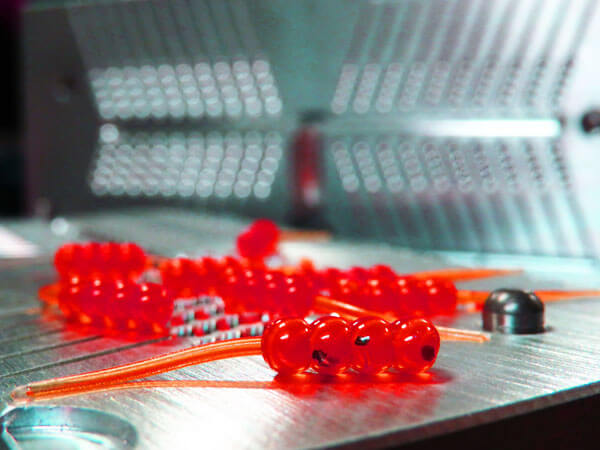 Last but not least in the Do-It Molds ice fishing lineup is the 1” Nano Fry. The ultimate finesse bait that represents as its name insinuates, a fry. For the fish that are looking for the easiest meal they can find in their lethargic half-frozen state. This bait catches them under any condition, but don't let its small presentation fool you, this bait will still catch the biggin’s. 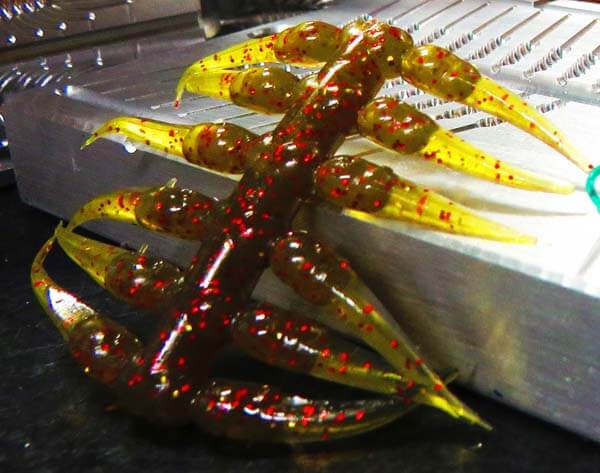 Get Em’ to Glow:
One of the key features to any ice fishing setup, especially at night- is the glow. The UV Blast Powder is one of the keys that I always use when pouring up a batch of plastics before hitting the ice. My tip to anyone planning on pouring plastics specifically for the glow is to try to limit the amount of colorant. At times the large amounts of colorant can block out a majority of the UV Powder. It also takes a little longer under the light to catch the charge you’re likely looking for.

Compete Without Live Bait:
One last tip that I’ll leave you with can help you tremendously when your local bait shop runs out of live bait. It seems like as soon as the ice reaches a point that is safe to fish on, waxies and minnows can become a rare commodity. The next best thing is a well-scented bait, and you can infuse your plastics with Upper Hand Scents. Personally, I’ve always liked Hawg Sauce for yielding the best results. But I’ll warn you, it is not meant for the faint of heart. I’d say that it’s right up there with MaxScent in smell. You can pour it into the plastisol as you are mixing colorant and glow powder. You can also put 2-7 drops into the bag of plastics with some worm oil right after they are poured and over the next 24 hours, the plastic undergoes a chemical process that essentially soaks up everything around the baits. This process results in an ultra infusion of scent that alone will cause fish to bite in curiosity. 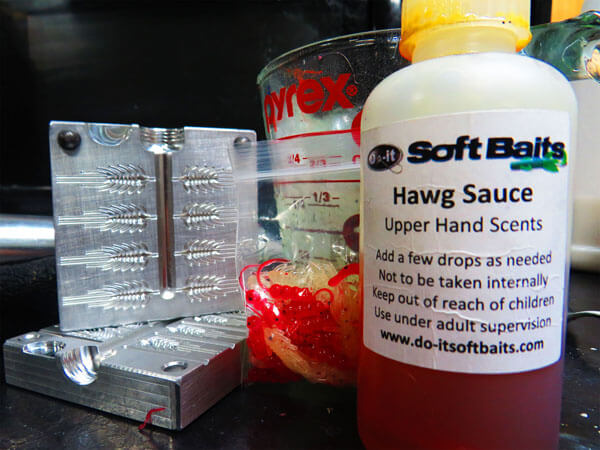